How Does Microsoft Teams Compare to Slack?

The modern workplace messaging system has evolved rapidly to meet the demands of a more flexible, but connected, workforce.

Slack has grown exponentially in five years and now has over ten million active users on a daily basis.

However, there is now a major rival in the world of group chat software, Microsoft Teams.

How, then, does Microsoft’s entry into the world of group chat compare to Slack?

There is a certain, immediate look and feel to Microsoft Teams, which will strike a chord with anyone familiar with Slack.

Like Slack, Microsoft Teams aims to be adaptable to the particular needs of the teams that use it.

It has a customisable user experience, designed to be user-friendly and to feel very personal.

It has a left-hand navigation bar and an activity dashboard to keep the user informed of what is going on in their organisation, similar to how a typical intranet would work.

As with Slack, the overall feel is of something designed to replace email that is inherently informal and scalable, but also business-savvy.

Slackbot is a private chat window for Slack users, where they can send themselves links and try out things such as GIFs, and it can answer questions they have about Slack and its capabilities.

Naturally, Microsoft Teams has its equivalent, in the form of two bots, T-Bot and WhoBot.

T-Bot is the most similar to Slackbot, in that it is used as somewhere for the user to post questions about the app. However, it also has multiple user interfaces.

WhoBot marks a clear departure from Slack, because it is designed to answer questions about specific employees. It searches the company intranet for data, pulling it out of Microsoft’s Active Directory.

Therefore, you can use WhoBot for information about who someone is in your organisation, or who they report to and work with. You can also ask it about specific topics to see who else knows about them in the organisation.

Another distinctive feature of Slack has been its ability to integrate customised emojis and GIFs.

There’s a playfulness about it, but one which has helped define the brand and its distinct tone of voice.

Naturally, Microsoft Teams has its own multimedia functionality, where clicking on its multimedia window provides a pop-up menu of various options, similar to Facebook’s Sticker store. What Microsoft has done here is to create its own library of sticker sets.

These differences in function and options do not feel like they are major ones, and they seem to be more about adding a sense of “fun” to workplace communications, than being central to them.

A major departure for Microsoft Teams is an obvious one: its close integration with Office 365.

In Microsoft Teams you can click an add tab button and choose from a range of apps, including Word, Excel, PowerPoint, OneNote, Meetings, Planner and Notes.

This means you can use the app with all its functions while still within Microsoft Teams.

This is also a marked philosophical difference from Slack. Slack has been positioned as a rival or alternative to email. Microsoft Teams, on the other hand, is designed in such a way that it can more closely work alongside email.

Microsoft Teams has in-built video communications capability because it has integrated Skype into how it operates.

There is a video icon in the left-hand navigation bar, which indicates when there is an open video meeting in progress. The individual user can then easily join this meeting.

Both platforms are broadly similar and both aim to enhance and improve multiple, team-based communications in the workplace.

Slack has established its place in the market and has developed a distinctive brand identity.

On the other hand, for organisations already using Office 365, Microsoft Teams may offer a more logical means of adopting and integrating this kind of platform. 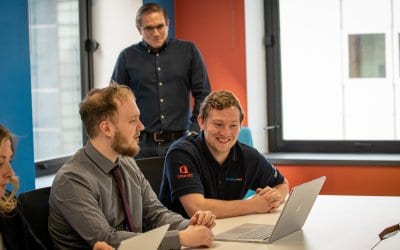 Why we’re different in under two minutes

We're totally different than other IT providers  Our team of skilled experts are the best at what they do, and take the take the time to truly understand your business so that you don't have to worry about your IT any more. We visit our customers monthly in order to...

Training new employee’s on the technology you use. 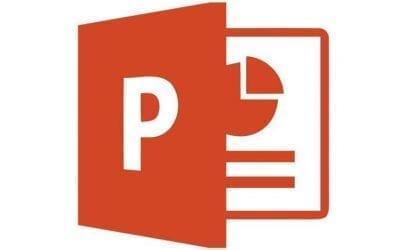 "We just want to say a massive thanks to presentation design agency Buffalo 7 for producing our amazing content for our annual meeting. These guys turned our boring PowerPoint into an amazing digital piece that created enthusiasm and positivity amongst our team."