At the end of June, Microsoft announced the release of Windows 11. A couple of weeks later, they followed up this announcement with the surprise introduction of Windows 365, a subscription service that takes the operating system to the cloud. These are designed for businesses and IT managers who have the new hybrid work era in mind.

Windows 11 is the latest version of the Windows operating system, available from 5th October. After six years of the same user interface, the successor of Windows 10 has undergone a facelift, debuting a fresher, more minimalistic style than its precursors, with the Start button notably taking on a new position in the centre of the display.

Microsoft describes Windows 11 as a ‘calm and creative space’ which ‘brings you closer to the people and things you love.’

Can Windows 11 run on my device?

Windows 11 requires a modern CPU and a 2.0 TPM (Trusted Platform Module) meaning most older PCs won’t be eligible, though it is currently unclear just how strict Microsoft will be with these terms.

Microsoft has a webpage dedicated to Windows 11 and, if you scroll to the end, you’ll see a list of minimum system requirements.

Windows 365 is a cloud-based operating system. It’s the latest service offering from Microsoft, released on the 2nd of August, which is referred to as a ‘Cloud PC.’

Influenced by the colossal change in our relationships with work and technology brought about by the pandemic, Windows 365 has been created exclusively for businesses to make hybrid more productive. The service reduces the security risks associated with working from home or using personal devices, as information is stored in the cloud rather than on the device itself.

What is a Cloud PC? How Windows 365 works

Windows 365 is used in the same way as the traditional Windows operating system, but is accessed and managed via your internet browser or the Microsoft Remote Desktop app – your entire desktop is stored in a secure data centre rather than on your actual device.

Microsoft CEO Satya Nadella said in a statement, “Just like applications were brought to the cloud with Software-as-a-Service, we are now bringing the operating system to the cloud, providing organisations with greater flexibility and a secure way to empower their workforce to be more productive and connected, regardless of location.”

It can essentially be thought of as a streaming service, except instead of streaming your favourite Netflix shows or Spotify tunes, it streams the output of a Windows PC.

One of the main challenges faced by businesses when it comes to hybrid work is enabling employees to switch easily between the office and their home, or another remote location. Windows 365 allows IT managers to set up and scale Cloud PCs that are personalised to their company’s needs, depending on the number of end-users, their workload, and the amount of storage they need.

The fact that Windows 365 essentially allows users to stream their desktop from the cloud means that they can seamlessly transition from one device to another. It sounds perfect for the new era of hybrid work which requires more flexibility from businesses and the technology they use – employees can log off from their desktop computer in the office on a Friday and sign back in on their laptop at home on Monday, picking up right where they left off.

What devices is Windows 365 compatible with?

What’s unique about Windows 365 is that it can be experienced on pretty much any modern device with an internet connection. This means that users can access their Windows desktop whether they use Windows, iOS, macOS, Android, or Linux operating systems.

If, for example, an employee wanted to work on a PC in the office for a couple of days, then use an iPad on a client site visit, then work from home on their Chromebook for the rest of the week, they could do so with ease, switching from one device to another with uninterrupted access to all of their apps, data, content, and settings.

What’s the difference between Windows 11 and Windows 365?

The main distinction between the two is that Windows 11 is a traditional operating system that anyone can buy and install on their computer, whereas Windows 365 is a subscription service that allows businesses to stream Windows 11 (or Windows 10) from the cloud to any device.

Here are some other key differences:

Preparing for the new era of hybrid work

There is no doubt that Microsoft’s new releases have been influenced by the impact of pandemic-induced remote work, gearing their offering towards the future workplace which, for many, is a hybrid of the office and the home. It’s exciting to see these innovative new products come to life and we can’t wait to see the benefits they will bring for businesses.

If you have any queries about the new Windows products or hybrid working in general, please don’t hesitate to get in touch with us at Everything Tech. 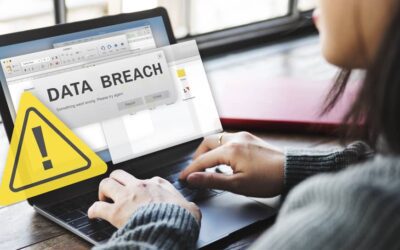 The true cost of Data Breaches

When discussing data breaches, it’s common to only refer to the data or “records” that were exposed. However, there is also a very real monetary cost to any data breach which is not always considered. Why Do Data Breaches Happen? There are three main categories of... 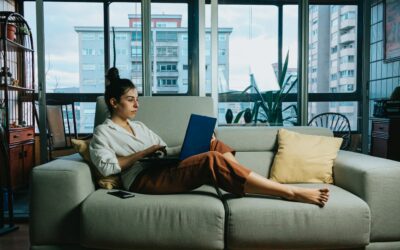 Home broadband – Who’s responsibility is it?

At Everything Tech it seems that almost every business we speak to is changing the way they feel about home working. As we emerge from the pandemic, most businesses are adopting a mix of home working with two or three days in the office. However, how are we ensuring... 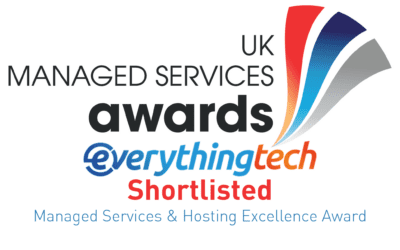 Everything Tech shortlisted at the UK Managed Services Awards